A very early start to the day, M.S., Kevin and I caught the Eurotunnel to Calais and then a 50 mile drive south to arrive at our first intended location, Sailly-Bray, a small village close to the Baie de Somme, Picardy.

08.00 hours, the weather was light rain and dark skies.

M.S., Kevin and I had come here hoping to see Bluethroat, we had seen 5 Bluethroat in this area last September !

There was brief bright spells but most of the time it rained !

About 11.30 hours we moved to our second intended location, Le Foret de Crecy-en-Ponthiew, Picardy.
It continued raining, all viewing was from the car but we was able to find

The rain and bad light continued

About 14.30 hours we moved to our third location, La Basse, another small village on the Bai de Somme.

It's stopped raining, its getting brighter !

A photo at last ! 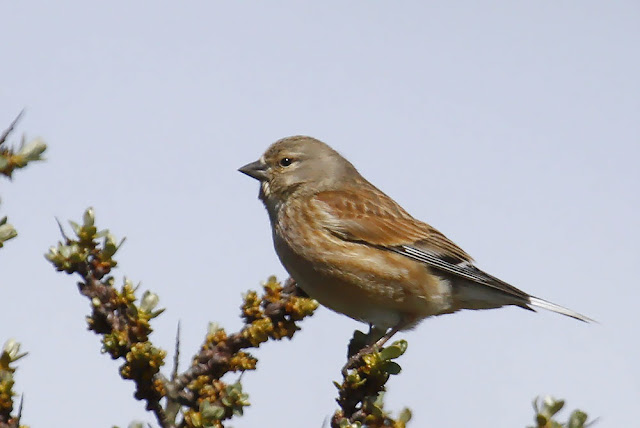 
15.30 hours, we move to the final location of the day, Parc de Marquenterre

The clouds have gone, the sun has come out but it is still a cool wind, of interest 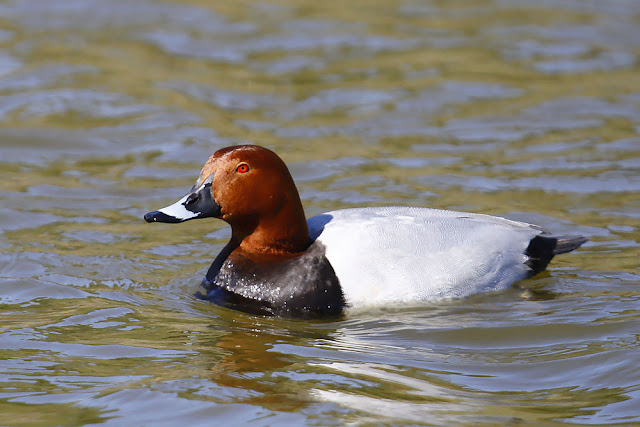 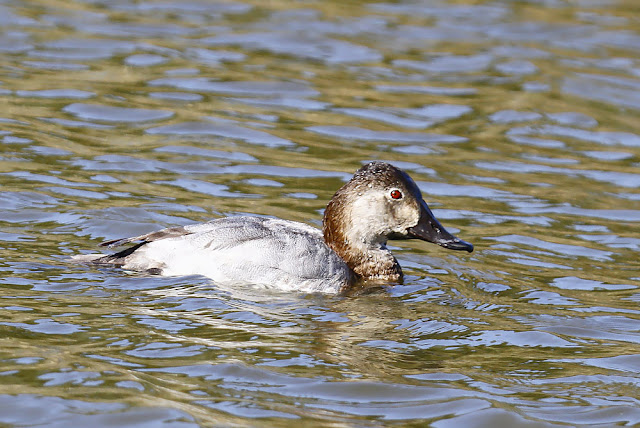 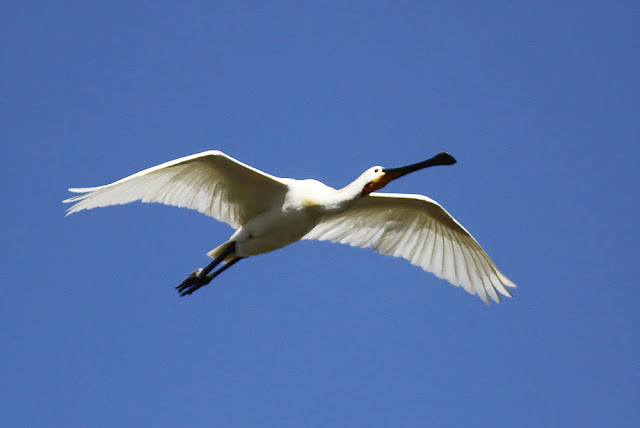 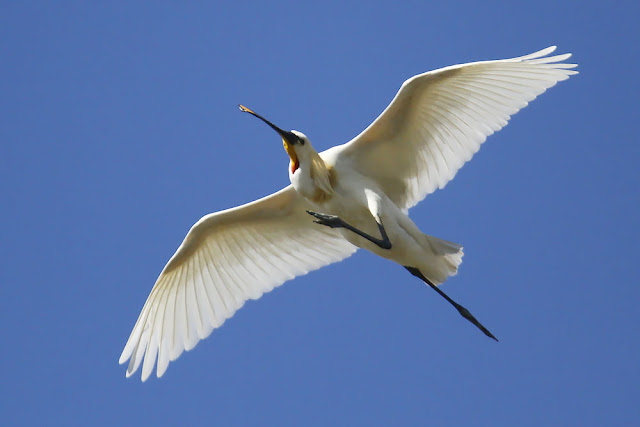 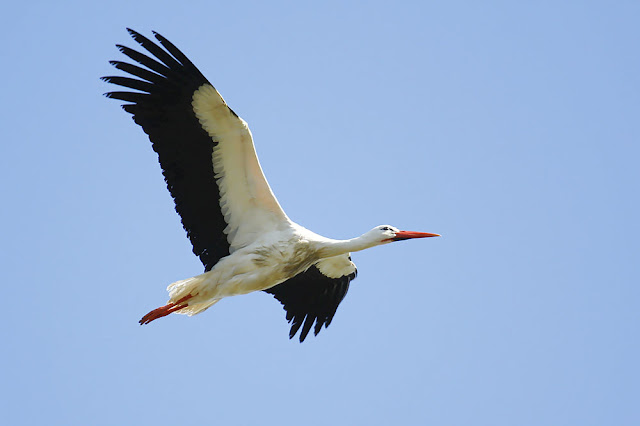 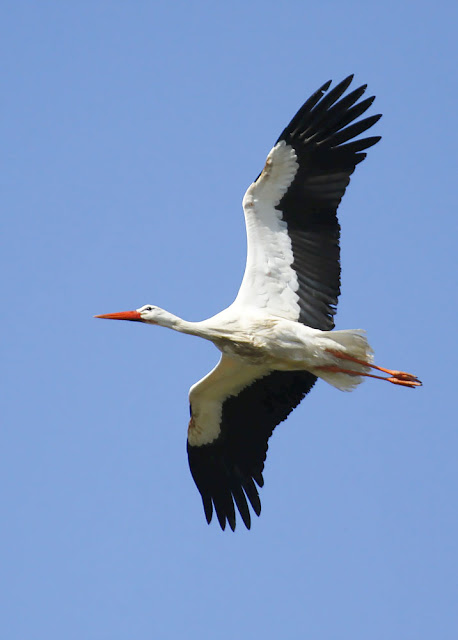 leaving Le Parc du Marquenterre, we had another quick visit to Sailly-Bray where we added 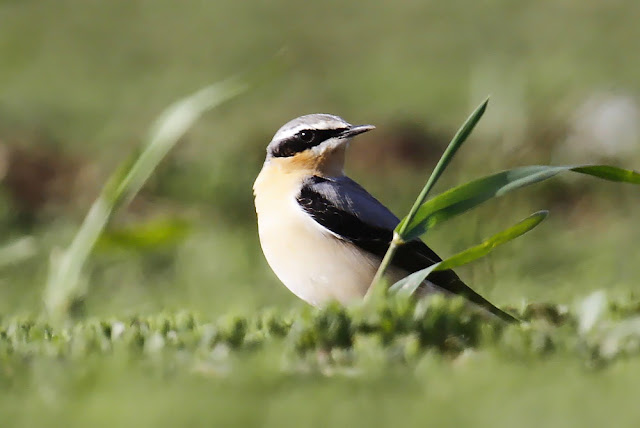 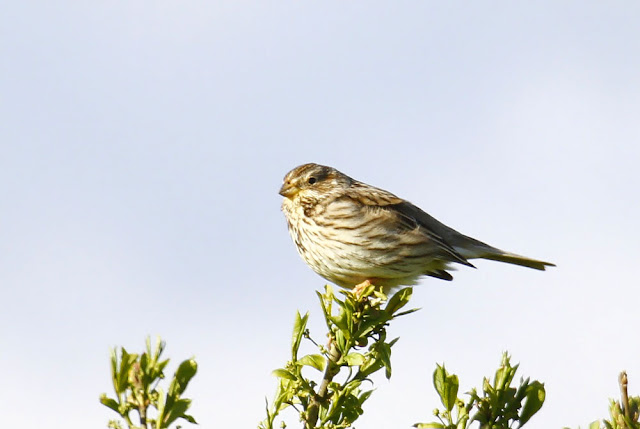 Corn Bunting
as we drove towards Calais for our return journey

The weather was against us a bit but it was still a very good day out seeing a very good selection of birds !
I look forward to a return trip in May and hoping for a bit better weather and hopefully find a Bluethroat !
Posted by Richard Smith at 15:33 No comments:

Email ThisBlogThis!Share to TwitterShare to FacebookShare to Pinterest
Labels: FRANCE

M.S. Kevin and I arrived at Portland Bill around 07.30 hours,
around car park by the lighthouses and on a cliff walk 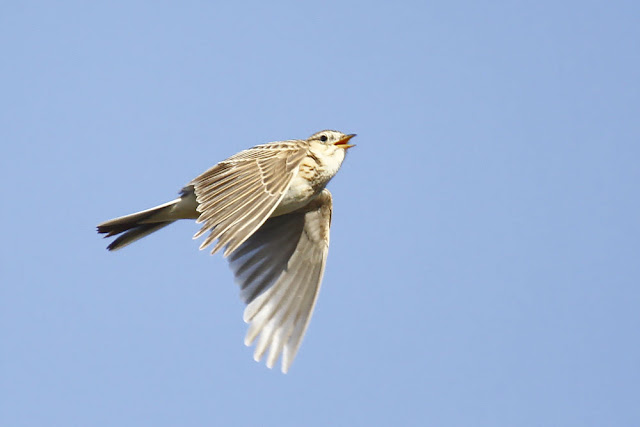 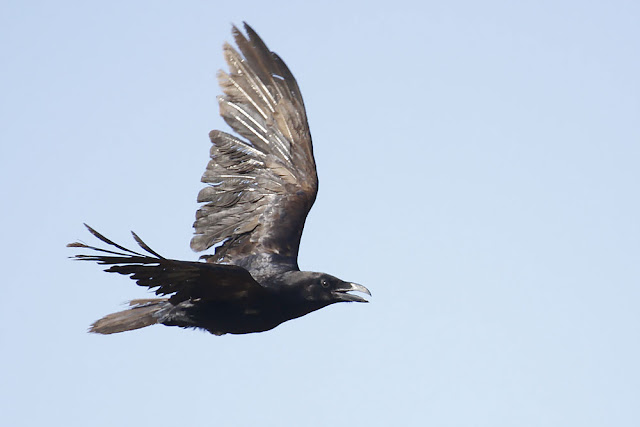 Moved on to check out the Suckthumb Quarry area,

Next place to look was for Barleycrates Lane, two birders had told us that 2 Ring Ouzels were showing well in the horse paddocks.

We could not even find Barleycrates Lane ! never mind find a Ring Ouzel !

Midday, we moved away from Portland Bill, a couple of miles along the Chesil Beach to Wyke Regis.

Here we was hoping to see two birds that have been well noted over the past few weeks.
Richard's Pipit and a Hume's Leaf Warbler.
We spent a couple of hours in the most glorious sunshine and saw neither !

Red-breasted Merganser, Curlew, Black-tailed Godwit, on the fleet lagoon
Returning to Portland Bill,
Another check out of Suckthumb Quarry, 2 Common Buzzards thermalled over, nothing else seen.

We then explored another area on the west side of the Bill, a Common Buzzard was hastled by the Gulls 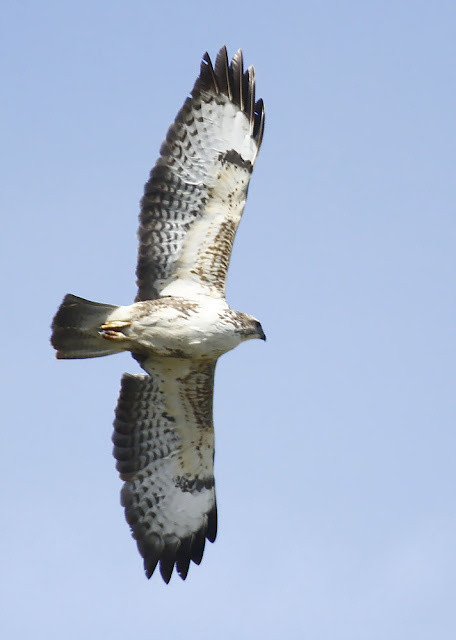 not much seen, except now I met up with a local bird man who kindly told me where 'Barleycrates Lane' was !

'Barleycrates Lane', we found it !

3/4 Birders were there to tell us that 2 Ring Ouzels were in and around a hedgerow some 75 metres away over the other side of the horse paddocks. About 10 minutes conversation with the company, then, a Ring Ouzel burst into sight being chased by a Sparrowhawk, it was very close, the Ring Ouzel won and escaped, out of sight, not to be seen again.

Now late afternoon, we decided to return to Wyke Regis, again, no show of either Richard's Pipit or the Hume's.
Nothing new to add to the seen list, departed for home around 18.00 hours.

A superb day with so little photo opportunities !
Posted by Richard Smith at 15:40 No comments: