Weather forecast today is not good, a bit of sunshine early to turn to grey cloud and rain by lunchtime !

Arriving at Gosport about 08.00 hours, a perfect blue sky.
No sign of a Ring-billed Gull

Next for the Black Brant,
There must have been 500+ Brent Geese at the first site, another 200+ at another, to difficult for me, a quick return to the car for me !  The chaps tried hard, but they could not find the BB.

Next to Farlington Marshes for the Red-breasted Goose, the weather has changed to dull grey cloud, looks like rain, (nearly as bad as yesterday), I did not bother to get out of the car ! I never got out of the car yesterday either, it was so bad !

Today is beginning to look like yesterday, a wash out !

The chaps get a distant view of the Red-breasted Goose

and then we moved on, a bit of an explore around,

then returning to Gosport to have another look for the Ring-billed Gull.

Kevin spots it immediately from the car park next to the cafe overlooking the lake, in with the Swans and a few Black-headed Gulls,
it is still dull and raining, straight into the cafe ! time for breakfast !

Breakfast finished, we wander down to the lake, the rain has stopped, the sky has cleared, 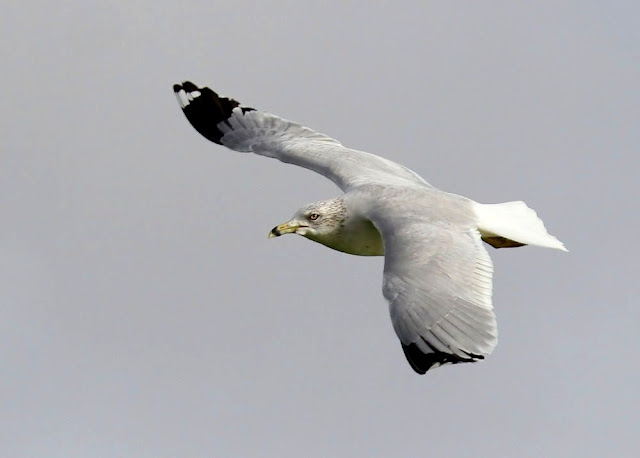 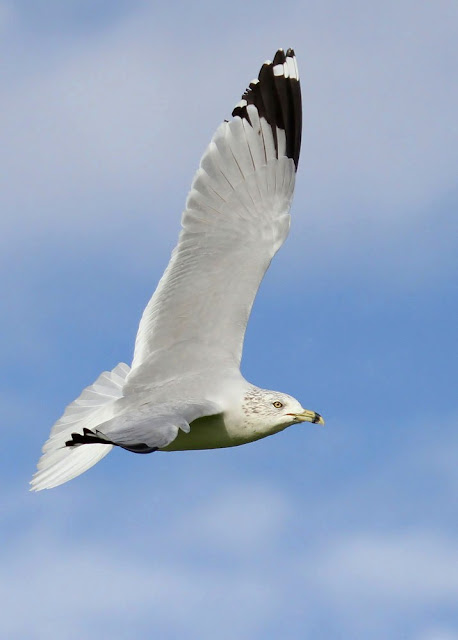 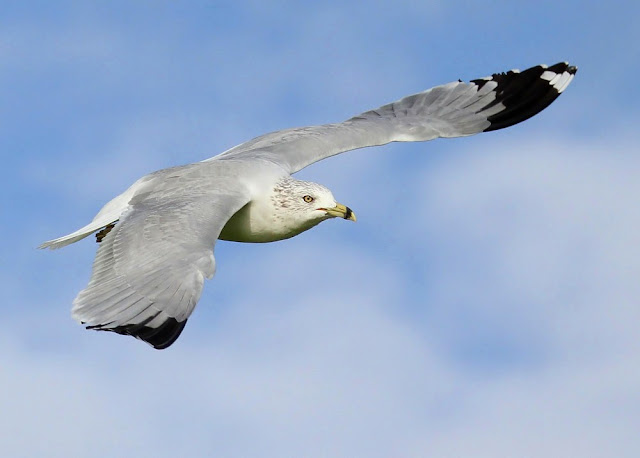 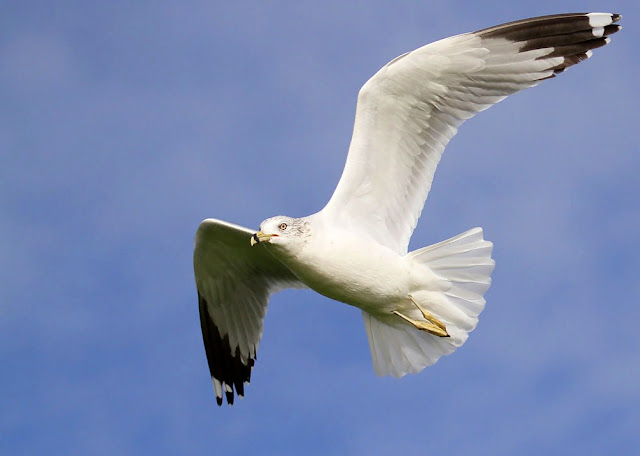 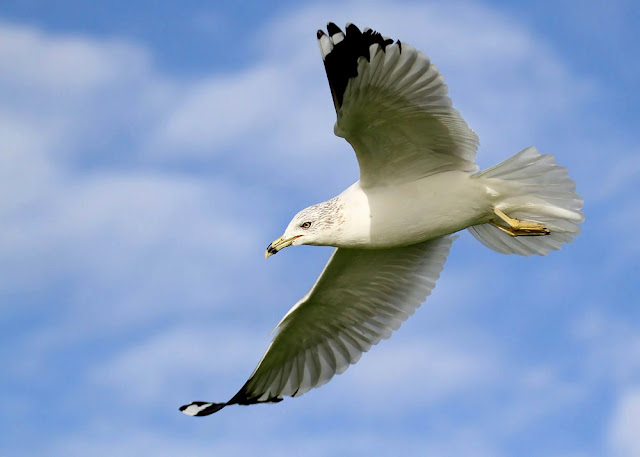 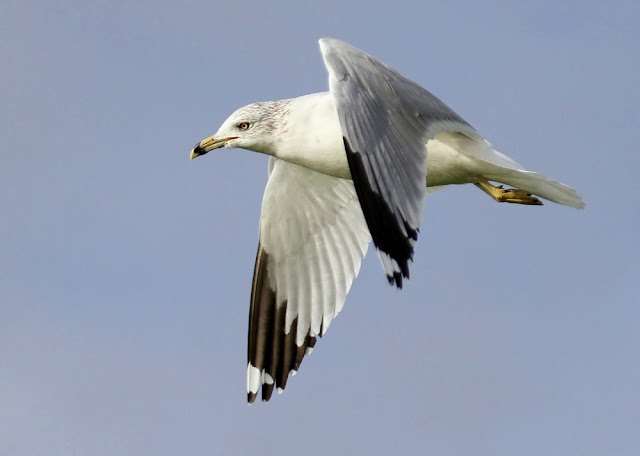 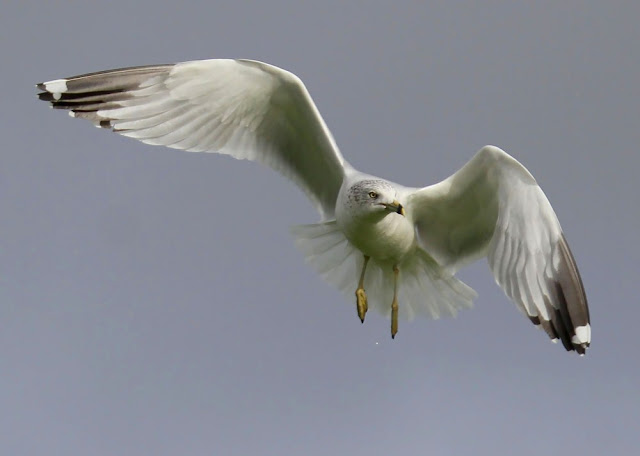 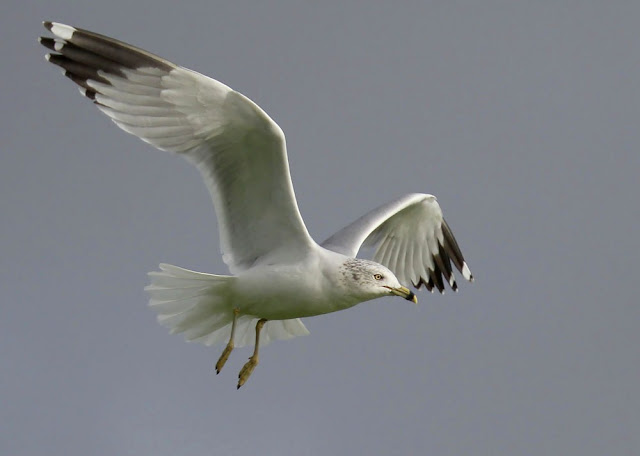 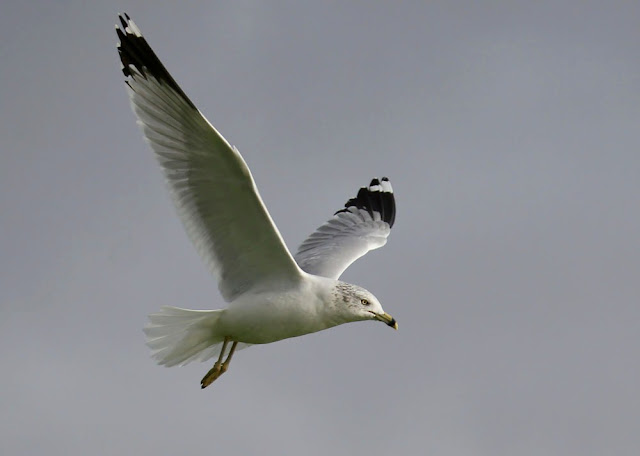 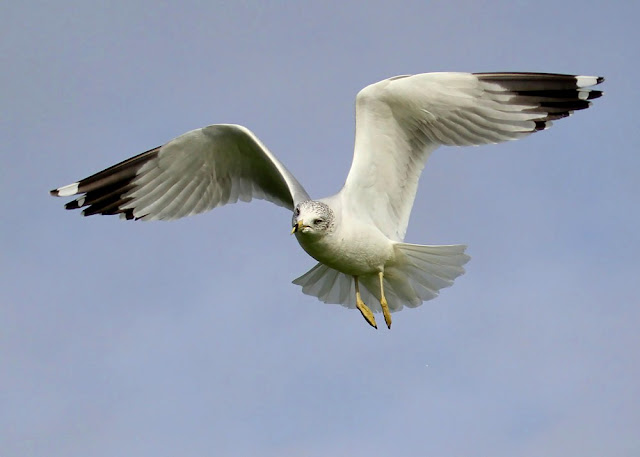 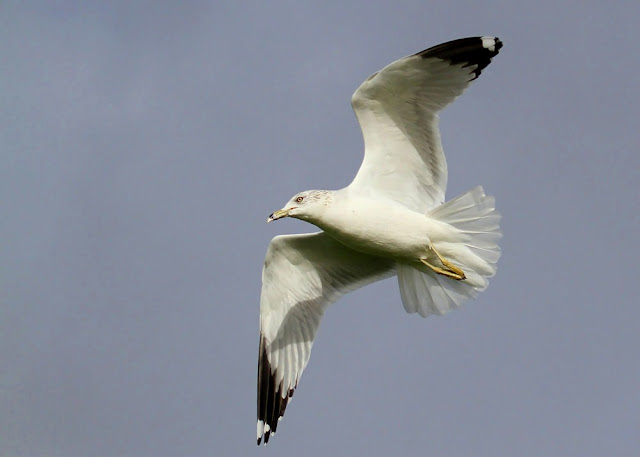 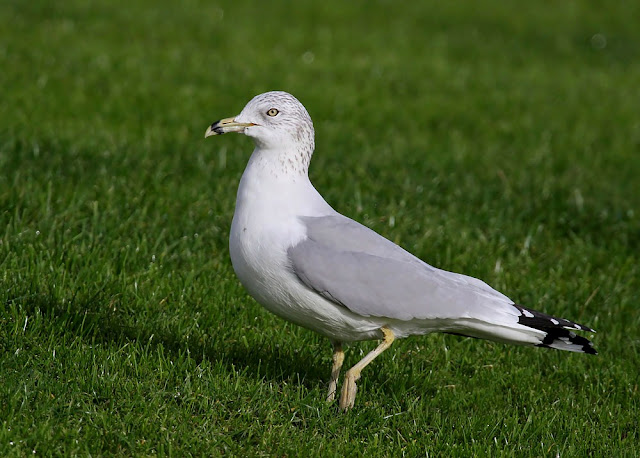 The light was changing by the minute, then the rain came again !

We had a look around another couple of local sites seeing another 4 Red-breasted Mergansers but the light was just to poor for a photograph.

Forecast :  Rain all day in the South East !
Norfolk has the best chance of a bit of fair weather.

We arrived at Salthouse, Norfolk at about 09.00 hours to blue sky and pleasant conditions

At sea, Gannet, passing and feeding close in
Red-throated Diver, drifting by close in feeding, and more further out 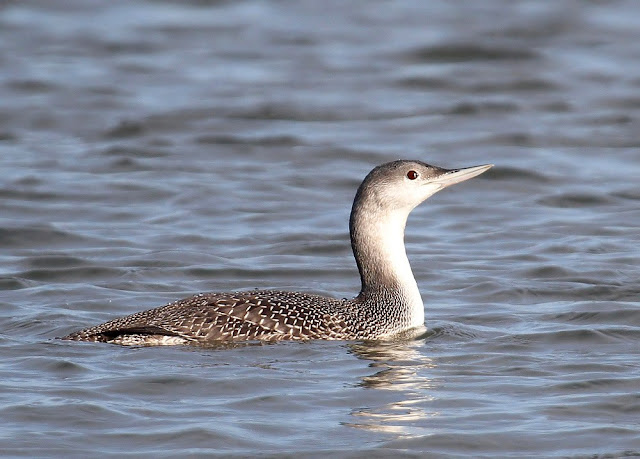 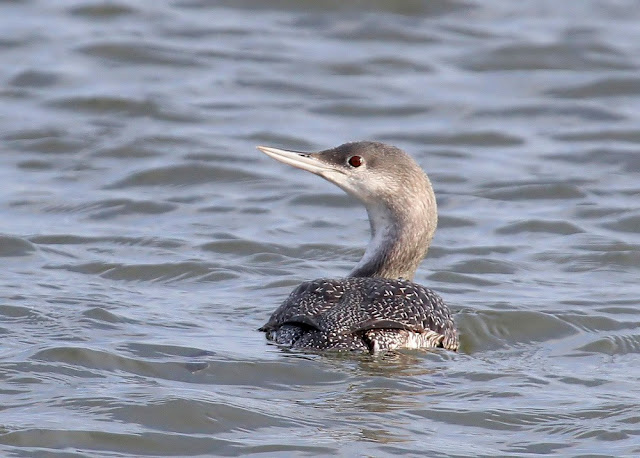 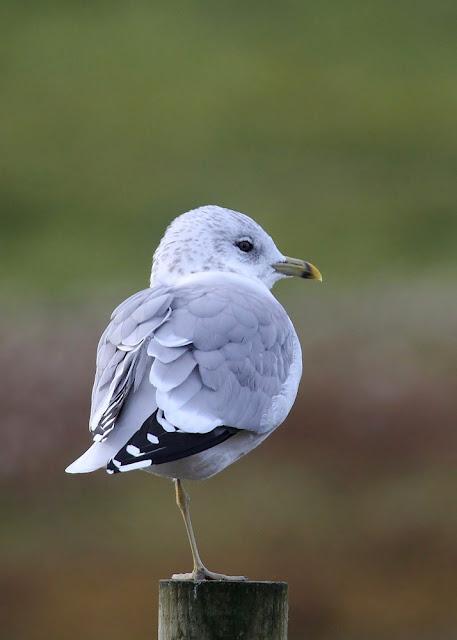 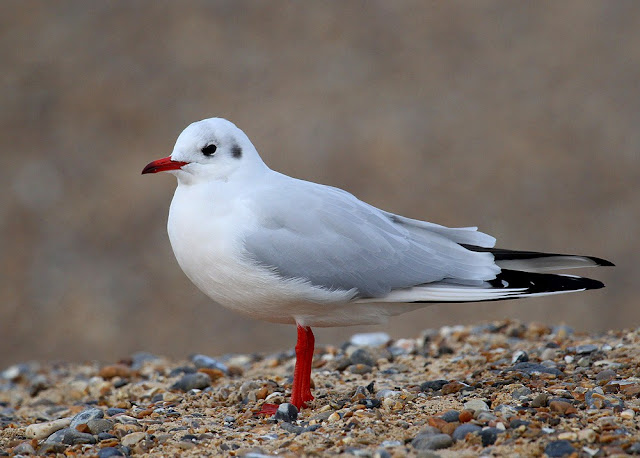 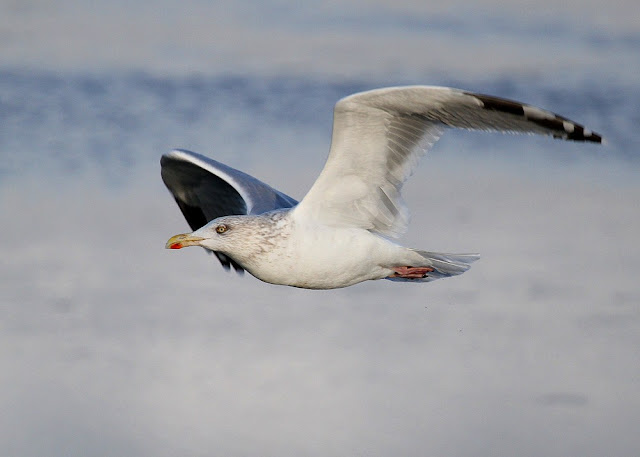 Just beginning to enjoy the day ! when at 10.30 hours,
The weather changed to cloud and then intermittent rain, grey and dull !

We moved on stopping at Cley, a Peregrine over and Marsh Harrier quartering, a very brief visit to the closest hide, everything very distant, to be fair, most of our stay was in the Cafe, (Mick likes the cakes)

We again move on arriving at Titchwell about 15.00 hours, here the weather brightened, a walk out onto the beach, here again everything distant, photo opportunities 'NILL'