all very quiet with lots of Herring Gulls and probably 20+ GBBG's  !

13.30 hours !  A Caspian Gull came into the puddle,
we heard it calling as it flew in, very distinctive above all the other Gull sounds !
Mick called Caspian !
It only stayed for a couple of seconds, then flew off to land over in the Gull roost. 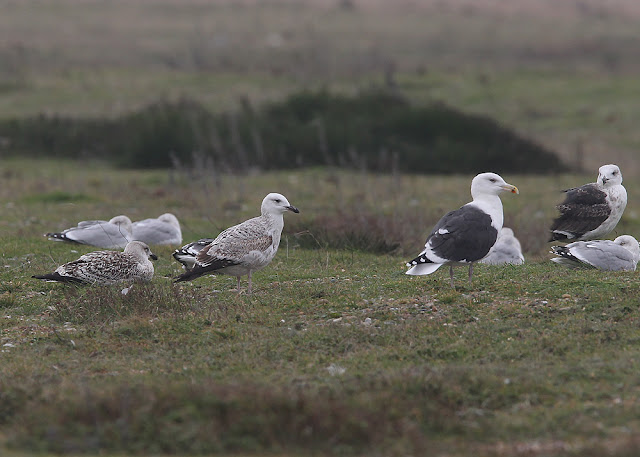 14.00 hours, Mick, MC and myself were looking at Caspian Gull (No 1) in the roost from the concrete road when Mick sees in the opposite direction, up on the shingle ridge above high water mark, Caspian Gull (No 2).

The light was awful (moan, moan), but Caspian no 2 was very settled and obligingly posed for a couple of side on, sky and sand backgrounds ! ! ! 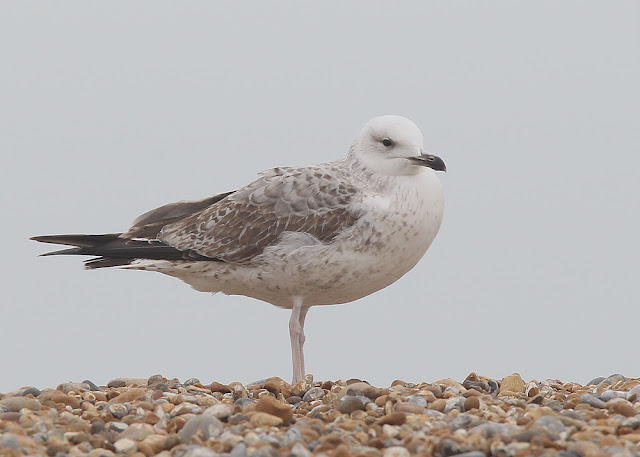 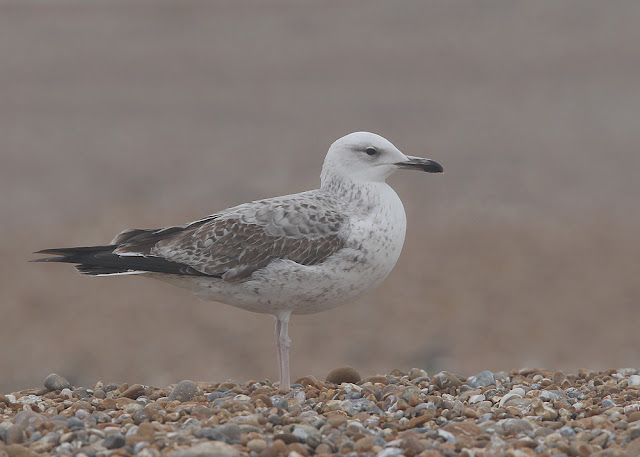 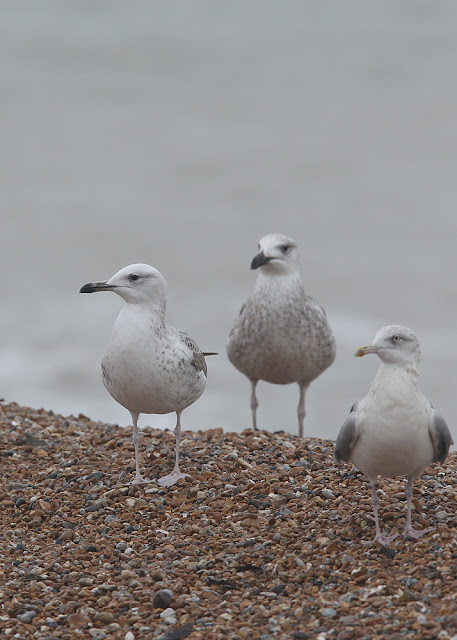 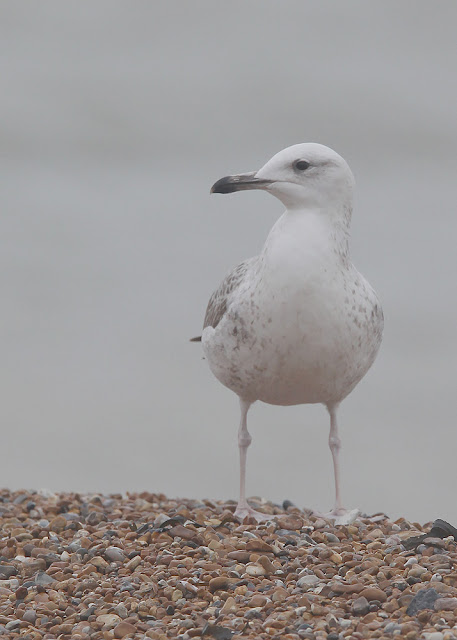 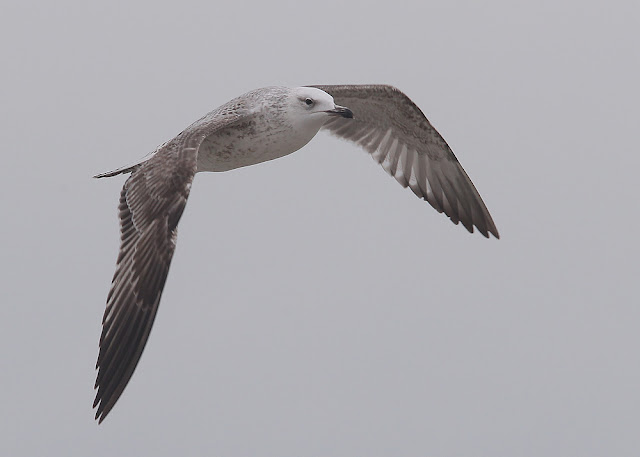 MC picked out the Caspian Gull, 3rd winter, Yellow ring:  PNXB
(here again today, only a brief sighting, i did not see it) 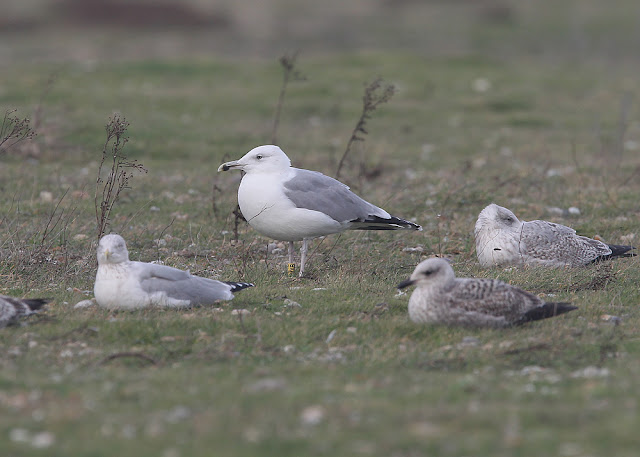 A STUNNING WEEKEND at DUNGENESS with ''great company''